with the support of:
EU Culture Programme 07-13
Fondazione Cariplo

“All in all, the creative act is not performed by the artist alone; the spectator brings the work in contact with the external world by deciphering and interpreting its inner qualification and thus adds his contribution to the creative act” M. Duchamp

Dedicated to M. Duchamp’s words, the video cycle Art Coefficient focuses itself around the ephemeral and limited moment when the visitor and artwork meet. It’s in this very moment that the mechanism that enables the elaboration of meaning starts to work. Only then it’s possible to discover what an artwork tells about itself, and also what it tells about ourselves, our world, and our times.

Visitors are always selected among people who don’t belong to the world of contemporary art. In this way the communication between viewer and artwork takes place far away from specialized readings and enables a personal and imaginary approach. Thanks to a twine of inputs, suggestions and questions, the visitor in the museum and the viewer of the video, become more and more engaged in a personal relationship with the artwork, ready in the end to answer the final question: “does intimacy develop between you and the piece of art?” 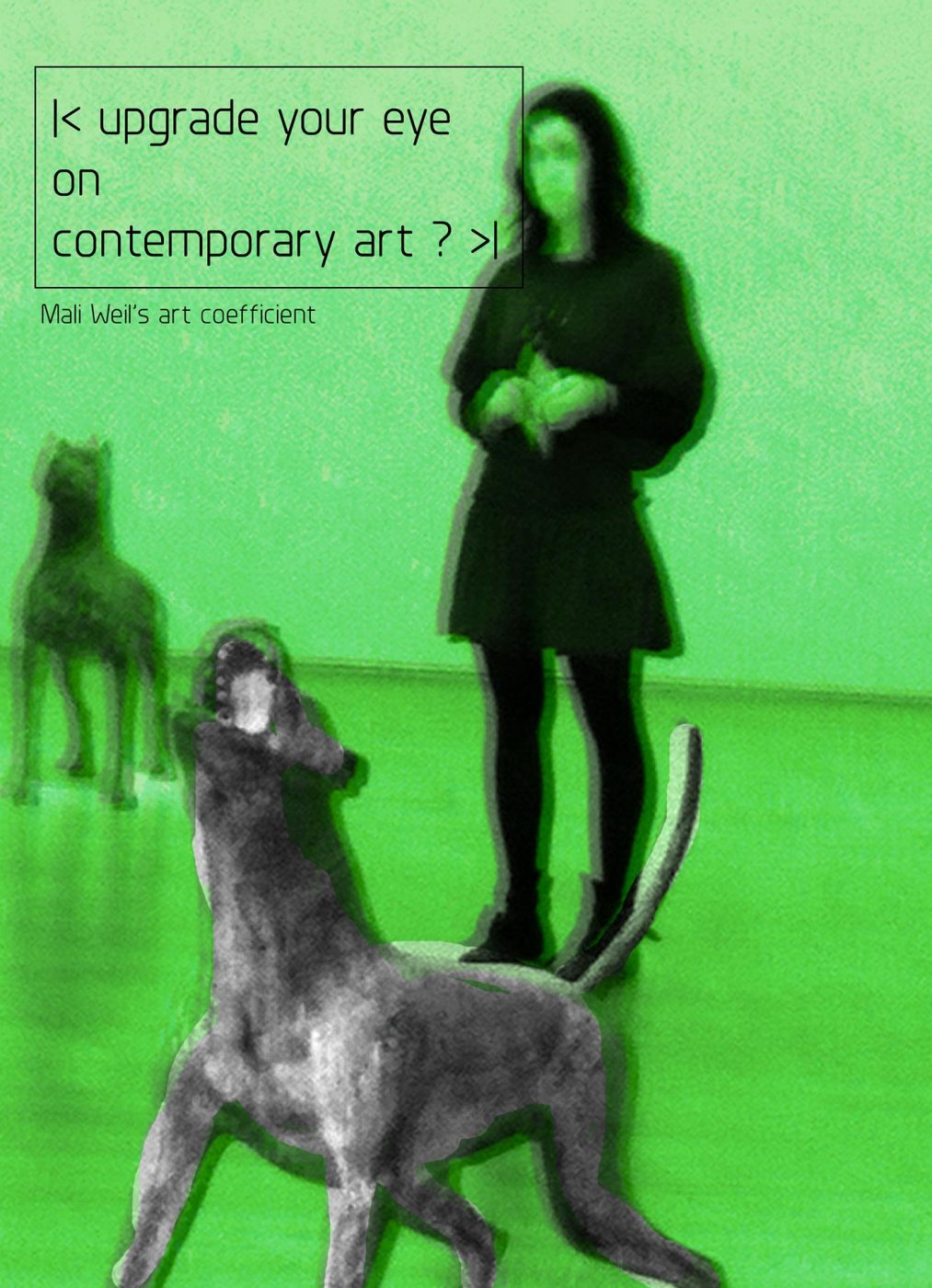 THE CREATIVE ACT
by Marcel Duchamp

Let us consider two important factors, the two poles of the creation of art: the artist on the one hand, and on the other the spectator who later becomes the posterity.
To all appearances, the artist acts like a mediumistic being who, from the labyrinth beyond time and space, seeks his way out to a clearing. If we give the attributes of a medium to the artist, we must then deny him the state of consciousness on the esthetic plane about what he is doing or why he is doing it. All his decisions in the artistic execution of the work rest with pure intuition and cannot be translated into a self-analysis, spoken or written, or even thought out.
T.S. Eliot, in his essay on “Tradition and Individual Talent”, writes: “The more perfect the artist, the more completely separate in him will be the man who suffers and the mind which creates; the more perfectly will the mind digest and transmute the passions which are its material.”
Millions of artists create; only a few thousands are discussed or accepted by the spectator and many less again are consecrated by posterity.
In the last analysis, the artist may shout from all the rooftops that he is a genius: he will have to wait for the verdict of the spectator in order that his declarations take a social value and that, finally, posterity includes him in the primers of Artist History.
I know that this statement will not meet with the approval of many artists who refuse this mediumistic role and insist on the validity of their awareness in the creative act – yet, art history has consistently decided upon the virtues of a work of art through considerations completely divorced from the rationalized explanations of the artist.
If the artist, as a human being, full of the best intentions toward himself and the whole world, plays no role at all in the judgment of his own work, how can one describe the phenomenon which prompts the spectator to react critically to the work of art? In other words, how does this reaction come about?
This phenomenon is comparable to a transference from the artist to the spectator in the form of an esthetic osmosis taking place through the inert matter, such as pigment, piano or marble.
But before we go further, I want to clarify our understanding of the word ‘art’ – to be sure, without any attempt at a definition.
What I have in mind is that art may be bad, good or indifferent, but, whatever adjective is used, we must call it art, and bad art is still art in the same way that a bad emotion is still an emotion.
Therefore, when I refer to ‘art coefficient’, it will be understood that I refer not only to great art, but I am trying to describe the subjective mechanism which produces art in the raw state – à l’état brut – bad, good or indifferent.
In the creative act, the artist goes from intention to realization through a chain of totally subjective reactions. His struggle toward the realization is a series of efforts, pains, satisfaction, refusals, decisions, which also cannot and must not be fully self-conscious, at least on the esthetic plane.
The result of this struggle is a difference between the intention and its realization, a difference which the artist is not aware of.
Consequently, in the chain of reactions accompanying the creative act, a link is missing. This gap, representing the inability of the artist to express fully his intention, this difference between what he intended to realize and did realize, is the personal ‘art coefficient’ contained in the work.
In other words, the personal ‘art coefficient’ is like an arithmetical relation between the unexpressed but intended and the unintentionally expressed.
To avoid a misunderstanding, we must remember that this ‘art coefficient’ is a personal expression of art à l’état brut, that is, still in a raw state, which must be ‘refined’ as pure sugar from molasses by the spectator; the digit of this coefficient has no bearing whatsoever on his verdict. The creative act takes another aspect when the spectator experiences the phenomenon of transmutation: through the change from inert matter into a work of art, an actual transubtantiation has taken place, and the role of the spectator is to determine the weight of the work on the esthetic scale.
All in all, the creative act is not performed by the artist alone; the spectator brings the work in contact with the external world by deciphering and interpreting its inner qualification and thus adds his contribution to the creative act. This becomes even more obvious when posterity gives a final verdict and sometimes rehabilitates forgotten artists.

Art Coefficient arises by the obsession to strengthen the deep connections between art and daily life.

By continuing to use the site, you agree to the use of cookies. more information